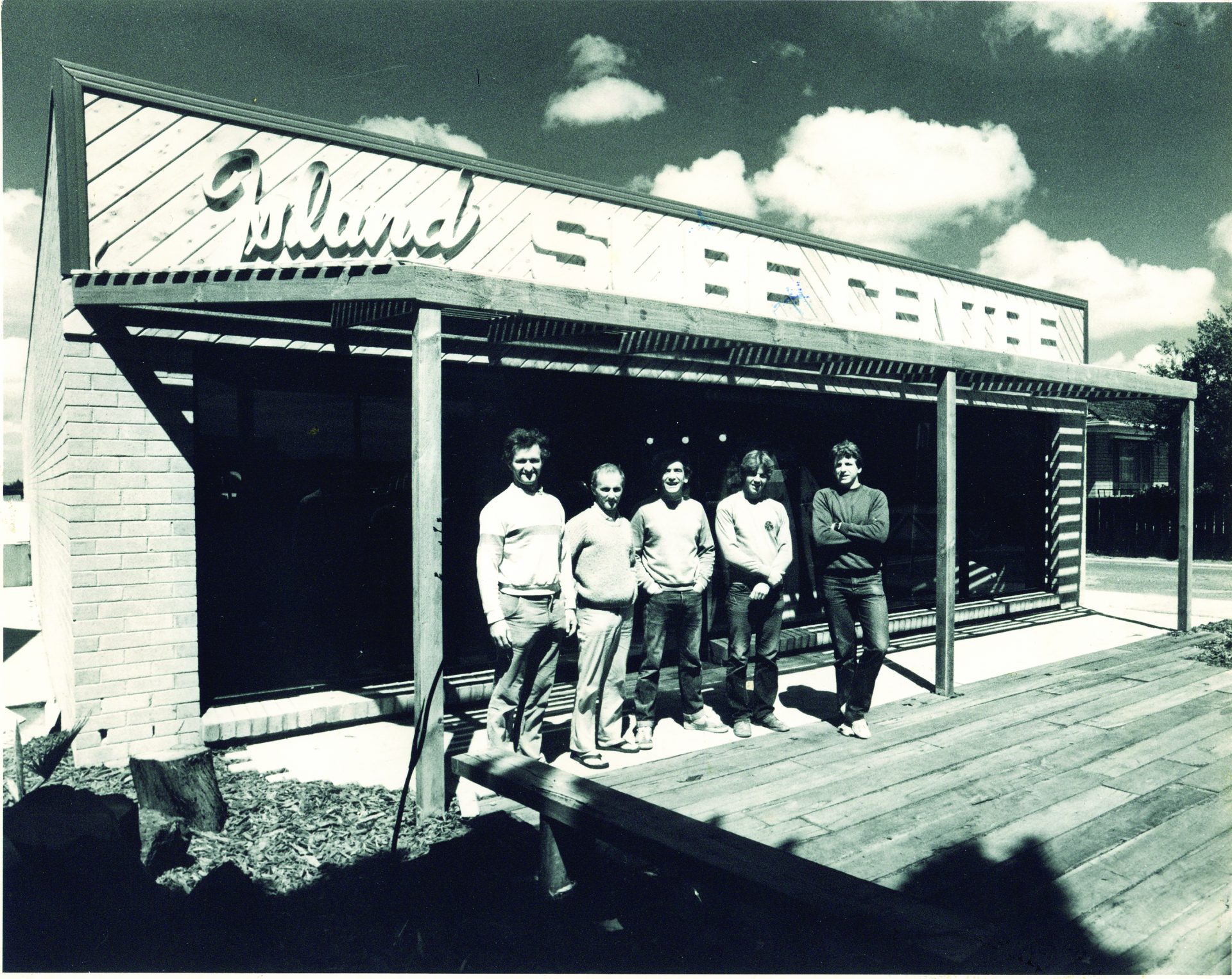 In the year when the Beatles, Rolling Stones, Russell Morrison and Elvis Presley were top of the pops in Australia, two surfers with a dream started shaping boards in the garage of one of their parent’s homes on a little island most commonly known as the home of the Fairy Penguins in Victoria.

It was 1969, and the two surfers, Matt Ryan and Tom Tyrrell, had worked out a plan to immerse themselves in the surfing industry with enough flexibility to be able to down tools, shut the shop, and chase the waves when they arrived.

It was also the year that Island Surfboards was born at Phillip Island – a business that continues to this day as one of Australia’s longest-standing independent surf shops.

The shop’s been going so long, it has three generations of the Ryan family invested in its ongoing success – and a factory team with a combined experience easily clocking more than 200 years.

Over nearly 53 years Matt has seen a lot of change in the surfing industry and the small island town he calls home. He counts some of their success to the timing of when they got started.

“To a certain extent, we had the benefit of luck, there wasn’t anyone else making boards on Phillip Island. The surf industry was in its infancy – most of the board makers were in Melbourne.

“All I wanted to do was surf and making boards was a good way to get some work done and still have plenty of time for the surf. But yeah, being in the right place, at the right time.” 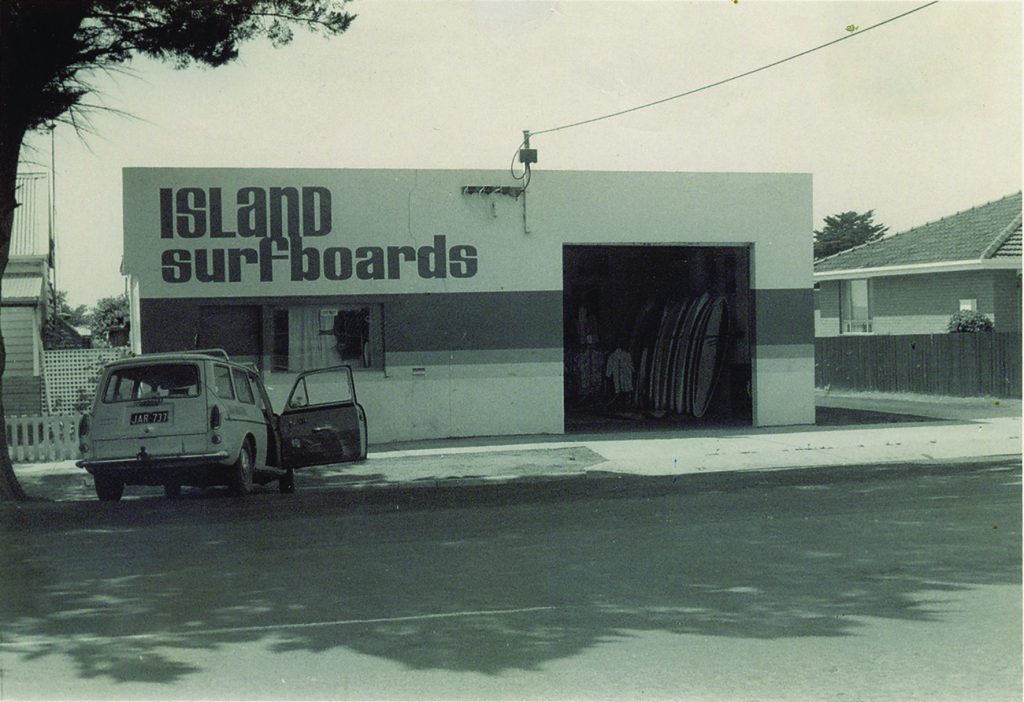 “The business is an iconic place in the fact that it’s about providing a service rather than running a get rich quick scheme,” Sandy said.

“We’re here because we enjoy it, it’s a fantastic lifestyle and it’s a pleasure to give people technical advice and provide them with the surfing products that allow them to go out and have the time of their life,” he said.

The ethos has obviously worked well as Island Surfboards now has two shops, (Cowes and Smiths Beach) and employs more than 40 people when you include casuals during the peak season, manufacturing and retail staff at the two shops. The team produce about 350 of their own boards each year.

The longevity of the business has carried on to the experience of the staff with the factory brimming with talent who have stuck with the business for more than 20 years.

“We’re all good mates. We’re all friends. We started that way. I have been pretty selective when new people start, I like to have a good feeling with new people and I’ve been a pretty good judge of that so far I reckon,” Matt said. It’s a thought echoed by Sandy. 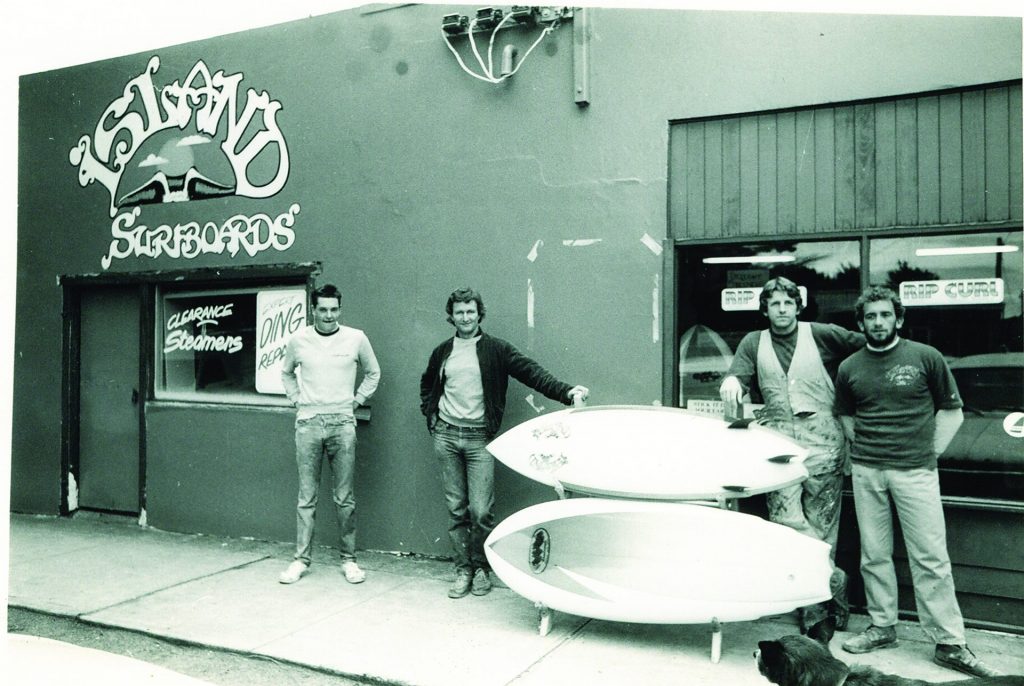 “It’s just a nice place to work – it’s like a family,” he said. “Well, technically, it is a family, but it’s more of an extended family of staff and customers. You know customers that have been coming in since before I started working here. It’s fun, it’s social, it’s enjoyable – rewarding.”

On the family front, Sandy said plenty of Ryans had appeared behind the desk in the shop over the years including Sandy’s sister Julia, his other sister Kate, his Mum and Dad, and now Sandy’s son Jack. He fully expects his youngest two, Julian and Tamika, will get a call up too at some stage.

With a policy of work being work, and home being home, Matt said there had never been conflict within the family and he felt having the family involved had been an asset rather than a liability for the business.

On the factory front, the Island Surfboards website (www.islandsurfboards.com.au) proudly promotes the team behind the creation of the boards. The team has plenty to say about why they do what they do in our full Island Surfboard story, which can be found from page 24 of the digital edition of the magazine here.

Better yet, why not sign up for subscription and read it in print – the old fashioned way!