The low down on Wave Park Technology Across The World 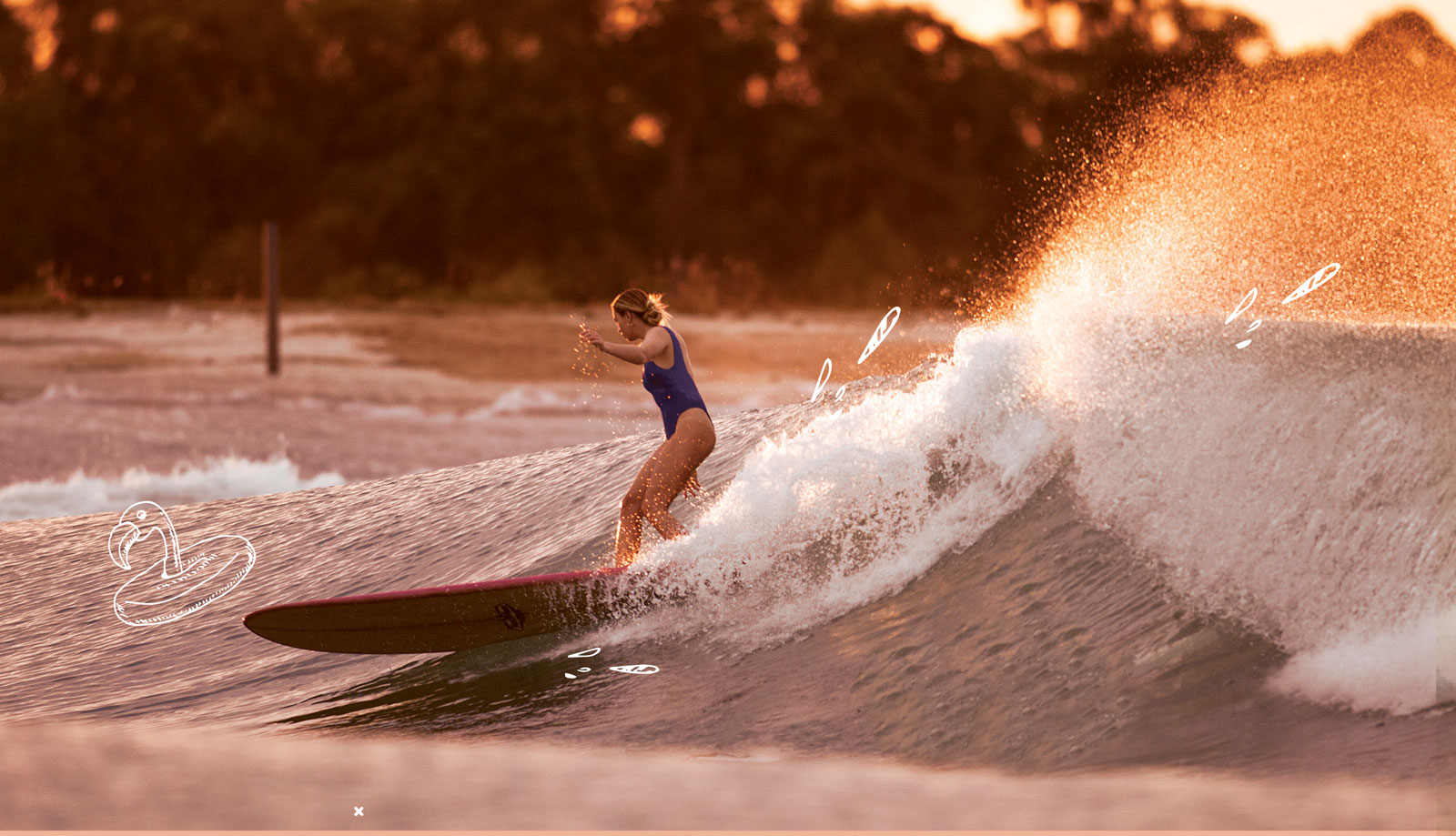 Wave pools, surf parks, surf ranches. Call them what you will, love them or hate them – they’re a growing force in the surfing world today, and with every month the technology is getting better and better.

At Smorgasboarder we last took an in-depth look at the wave pool phenomenon in Spring 2014 – fair to say a lot has changed since then – although there’s still plenty of “proposed” venues that seem to be staying at “proposed” status for now.

Hunt across the world wide web and it would appear there are less than a dozen wave pools in the world right now (as of July 2021) where surfers can grab their boards and head out for a feast of guaranteed wave action – and some of those, like Kelly Slater’s Surf Ranch, are really only open to those with big dollars and professional skills.

While there’s sure to be some parks we’ve missed, the list below is a pretty solid idea of what’s out there and where they can be found if you want to go visiting – once we’re all actually allowed to leave the country and travel again post-COVID at least!

Search a bit further and different reports talk of up to 100 more surf ranches to be built worldwide that are in various states of proposal or development, including several in Australia.

Most notably there’s URBNSURF’S second venue (URBNSURF Sydney) planned for Sydney’s Olympic Park, Wisemans Surf Lodge 60 minutes north of Sydney, and Surf Lakes at Yeppoon which is progressing talks with its local council to take their R&D facility and turn it into a surf destination for the paying public. Surf Lakes are also considering another venue in Brisbane – although details are scarce.

For Australia’s first surf park URBNSURF, the trip to opening was a $40 million, seven-year journey that culminated with surfers taking to man made waves near the airport at Tullamarine in Victoria in October 2019, before opening to the public in January 2020. There was just enough time to stoke the flame of interest in the newest surf experience before COVID came and shut the world down in March.

URBNSURF Group Brand and Marketing Manager Rupert Partridge said it had been a wild ride. 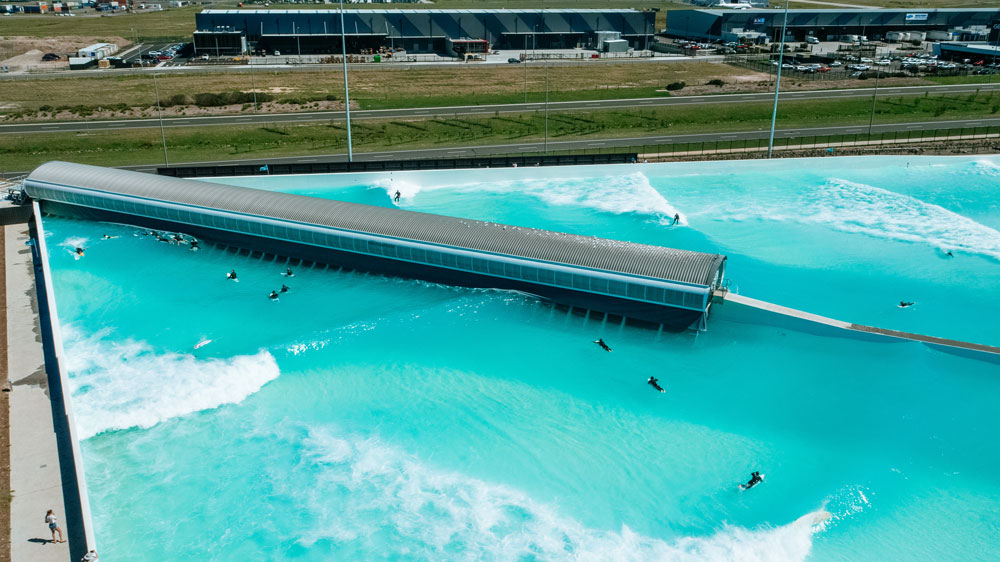 image courtesy of URBNSURF – Melbourne from the Air.

“After creating first waves in late 2019, we opened URBNSURF Melbourne on January 6th, 2020,” Rupert said. “We were fortunate to enjoy a busy Summer season, before closing in late March for the first time. We re-opened briefly in June and July, but were forced to close again for another 4 months before reopening again in October due to COVID-19.

“The Victorian surfing community and surfers from around Australia embraced our Intermediate and Advanced Sessions, hundreds of members got behind us, and we became the ultimate training tool for local surfers during flat spells, and a place for Melburnian surfers to sneak a few waves in before or after work, and on weekends when their schedules were stacked.

Rupert said one positive to come out of the COVID challenges was the opportunity to gather customer feedback from the first 10 weeks of their operations, and use this feedback to refine the surfing and park experiences.

“We made the most of the lockdown – we designed new surf sessions and lessons, created new swimming and visitor experiences, opened more of our lagoonside amenities and park features, and readied Three Blue Ducks Melbourne for launch (the park’s on-site restaurant by the Ducks opened in November 2020). We also brought forward our annual winter maintenance to avoid a planned shutdown in August, and engaged with our members and guests virtually so we could all stay sane while being confined indoors.”

“Based on the demand for a playful, 1-2ft pointbreak style session that offered an easier take-off, and bridged the gap between our whitewater Play In The Bay (beginner) sessions and Intermediate Sessions, we developed our Cruiser Sessions.

“Barrel pigs and bodyboarders asked for a Beast Mode-only session that offered more slabs along with less people in the lineup, so we developed our Expert Sessions.

“And for guests who’d learned to surf with us, and who wanted to continue their surfing journey and improve their skills, we developed four new lesson pathways – Beginner I, Beginner II, Cruiser and Intermediate.

“During the peak of COVID restrictions, we needed to make some temporary changes to our business operations for health and safety reasons, including limiting park access to surfing guests only, closing certain areas of the park, imposing capacity limits on indoor spaces, enforcing social distancing and implementing enhanced cleaning measures.

“We’ve kept many of these measures in place, but thankfully the surfing and guest experience isn’t impacted.”

Check out the full story – Pool Party – and everything you need to know about wave pools, surf parks and surf ranches.